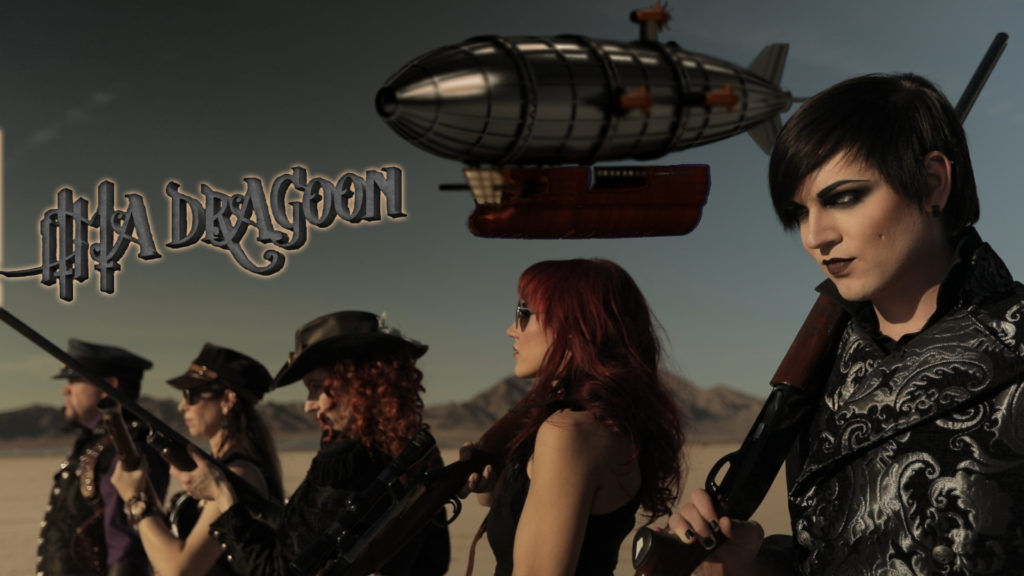 “The HMA Dragoon” is a observation and war class reconnaissance dirigible formerly of the Royal Navy Air Service (RNAS) that was derived and improved upon from the HMA no.1 “MAYFLY” designed by the Vickers, “Sons and Maxim”… This 1st vessel unfortunately destroyed itself during test trials in 1891.

The Lessons learned from the Mayfly led to the many different classes of Royal Navy Air Service airships of which were introduced into military service during WWI.

The HMA Dragoon was a retired prototype that was purchased outright and upgraded by a Retired RNAS Commandant named Xtopher Douglas—– to be his personal vessel for commerce, ferrying, and adventure into the “wild blue yonder” alleviating any conflicting entanglements or treatises with imperialistic governments (including the one he once served).

Unbeknownst to the Commandant, the reasons for the ships early retirement and too reasonably priced sale,,,, was because of its rumored condition of being “haunted by an unknown apparition”

Checkout the HMA Dragoon’s FaceBook for more info while we update this page.