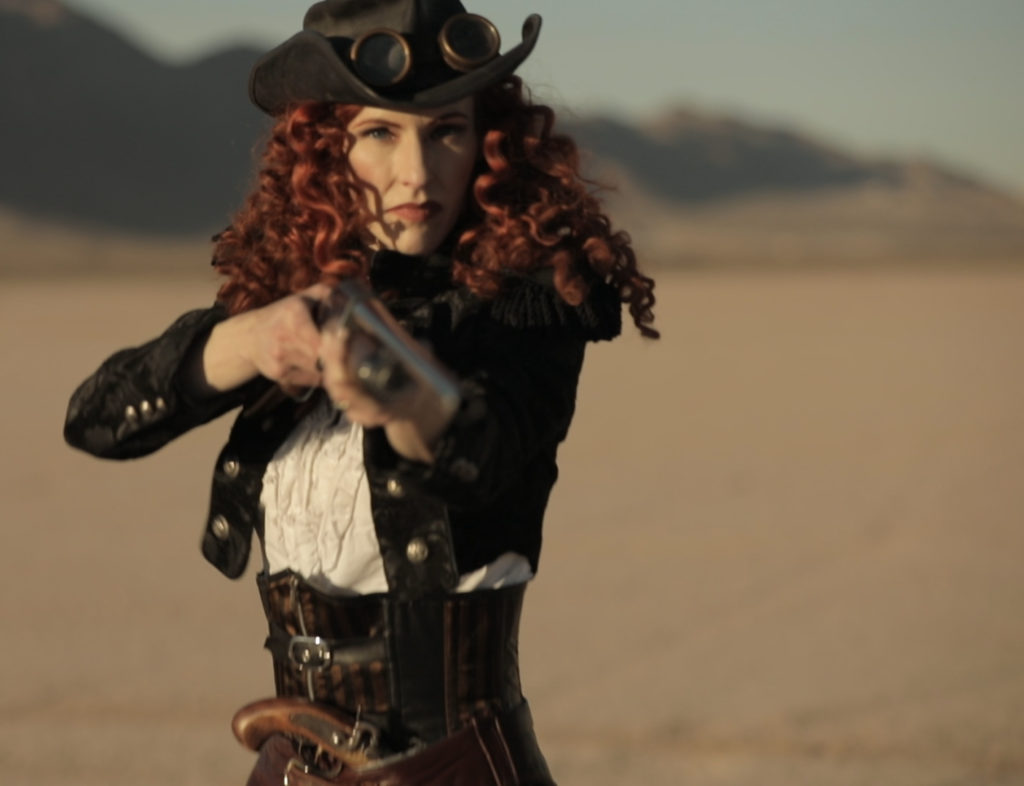 
Growing up as the Daughter of Texas District Judge Robert H. McGuire was no cake walk.  The McGuire household, which emigrated from Ireland in the mid 1800’s, operated on a singular, unquestionable rule:  Structure!  Do not be late, do not show up excessively early, respect all rules and regulations, do not disappoint, live up to your promises and above all YOU WORD IS YOUR BOND, HONOR IT.   You could often times hear Robert on Sunday yelling at the top of his lungs: FUR GOODS SECKS, DON’T YOU BE LETTEN THE DEVIL MEK YAH LET FOR CHURCH!

Cerridwyn Temperance McGuire lived inauspiciously under this strict and oppressive lifestyle for many years until her fever for adventure compelled her to rebellion.  She wore Boots as a child against her father’s wishes, and as she grew older refused to wear dresses because they interfered with her ability to straddle a horse (another thing Robert did not approve of). After leaving Abilene for Law School in Austin Texas, Ms. McGuire acquired employment as a clerk at the local Republic of Texas Supreme court.

After rigorously focusing on her graduate studies and achieving the highest of honors, Ms. McGuire was summoned to Abilene by her father so he could help her open a law practice within his jurisdiction. In an act of defiance, Cerridwyn declined,  and ran off to join the Texas Rangers and earn her credentials as a proponent of the Law under her own terms and without the “help” of her Father.  Robert was furious with the acedia expressed by Cerridwyn and resented her for putting herself into the hazard and disorder of Texas/Mexico Border warfare with the deadliest of bandits. Within 3 years, Cerridwyn was no longer just a Texas Ranger, but the captain of a company of 20 Rangers that hunted down train robbers, cattle rustlers, and murderous outlaws all along the Rio Grande and big bend mining regions.

Ms. McGuire’s hardened nature due to the years of Guerrilla warfare turned her rebellious tendencies into a more contentious personality. One of McGuire’s Rangers who was of the Comanche Indian Nation (recruited to ride with her) nicknamed McGuire “Brave too Much” due to her prowess in entanglements with the enemy. The rest of the Special Forces Regiment just called her “Crazy Town McGuire” or C.T. for short. During the time of C.T McGuire’s Rangers in 1894-95, the Rangers scouted 173,381 miles; made 676 arrests; returned 2,856 head of stolen livestock to the owners, assisted civil authorities 162 times and guarded jails on 13 occasions…

Only a few years later C.T. would be faced with a telegram from the people of Abilene pleading for her return. Her father had been killed in a gun duel over a slander dispute, and the townspeople wanted to appoint her as the Judicial incumbent until a special election could be arranged. The current villain vying for the appointment was the man who killed her father, a one Bartleby J. Rasmussen Esq.  The Townsfolk of Abilene felt that the dishonor of such an appointment would spit on the good McGuire Family name who had served their district honorably for so many years.

The Persons of Abilene summoned Mr. Rasmussen to the court house a few days after C.T.’s arrival,  and Mr. Rasmussen, believing that his appointment was eminent, danced up the steps of the court house and jubilantly entered the court room only to be received by the Townsfolk, the Mayor, 20 heavily armed Texas Rangers and HER HONOR MAGISTRATE C.T McGuire at the ready behind her bench to charge Mr. Rasmussen with disorderly conduct and murder while illegally dueling within Taylor County Texas.

Mr. Rasmussen was found Guilty and sentenced to death by firing squad, and the Rangers executed the act immediately following the proceedings.

The Town of Abilene sanctioned and procured their special election for a new Judge.   McGuire was the only one on the ballot,  as no one would run against her.   C.T. was trapped in world of political obligations and position she didn’t want.